Gone are the days when a water canal projects are delayed by a time taking rip rap erosion control works.Why?Yes, because now the erosion control by concrete blocks is a fast and easy solution.

These blocks can be used in projects involving light to moderate water wave and open-channel flow conditions. These concrete blocks are termed as Articulated Concrete Blocks.

These blocks provide a cheap alternative to the traditional riprap; they provide approximately 50% of the cost saving. Articulated concrete block price is coated as $10 to $18 per square foot of the area.

According to watershedgeo; the comparison of the price for various erosion control systems is presented as follows :- 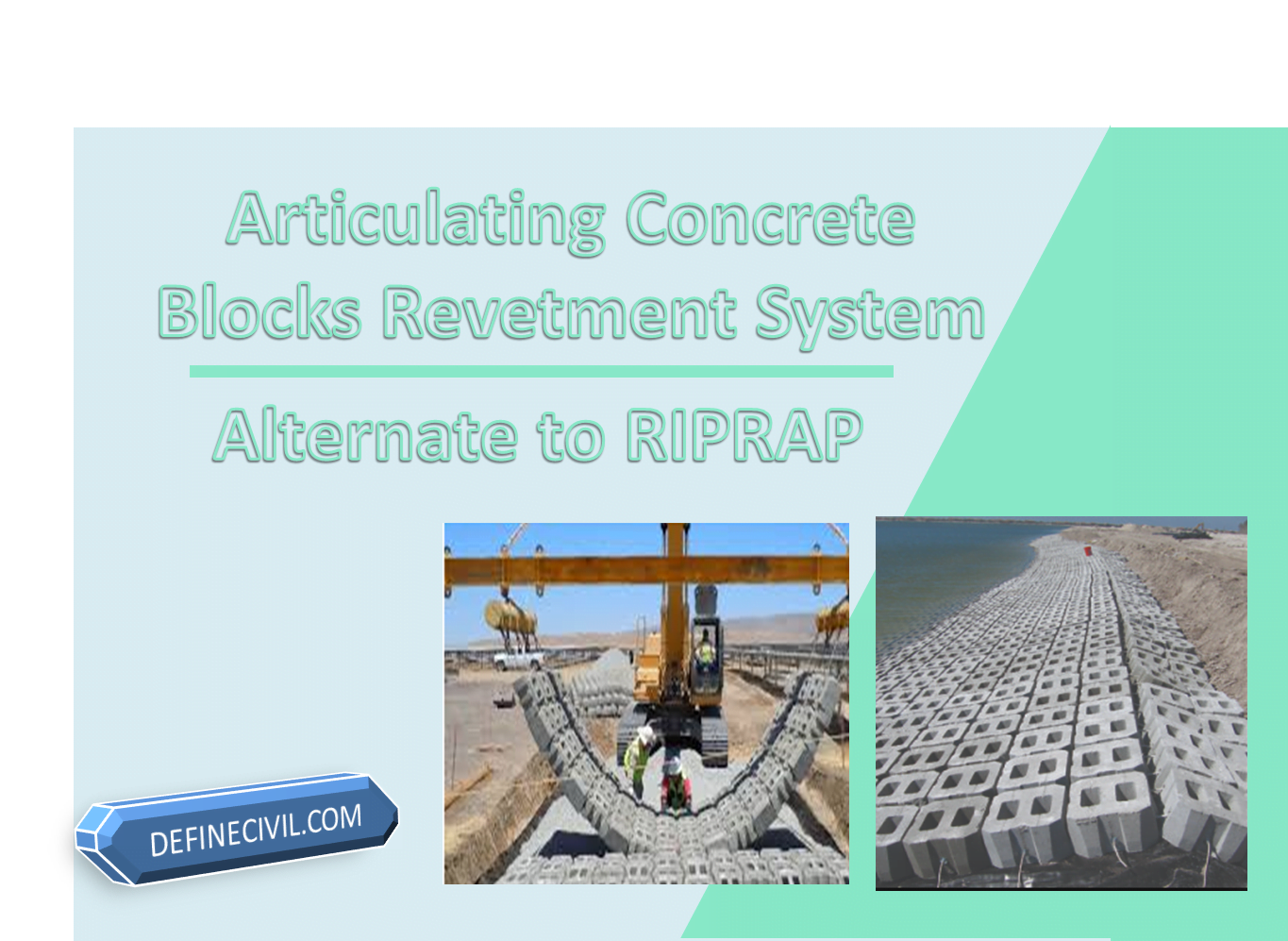 Revetment system, in river engineering or irrigation engineering, is defined as a sloping / inclined structure that is placed on the banks of the water ways for erosion control as well as fortification.

erosion control by concrete blocks system secures the slopes by forming a solid defense against erosion, scouring by absorbing the energy of incoming water waves.

Erosion control by interlocking concrete blocks is a best option because concrete blocks are heavy that can remain stationary during flow of water above or around the block. These articulated concrete blocks prevent the erosion of the underlying earth material that could otherwise wash out during the flow of river.

The shape of erosion control blocks can be made so as to be interlocking, or interengaging, and facilitate the hydraulic stability of the block installed in a waterway, or the like.

While considering the restraint of blocks in case of movement; the erosion control concrete blocks are of two types: 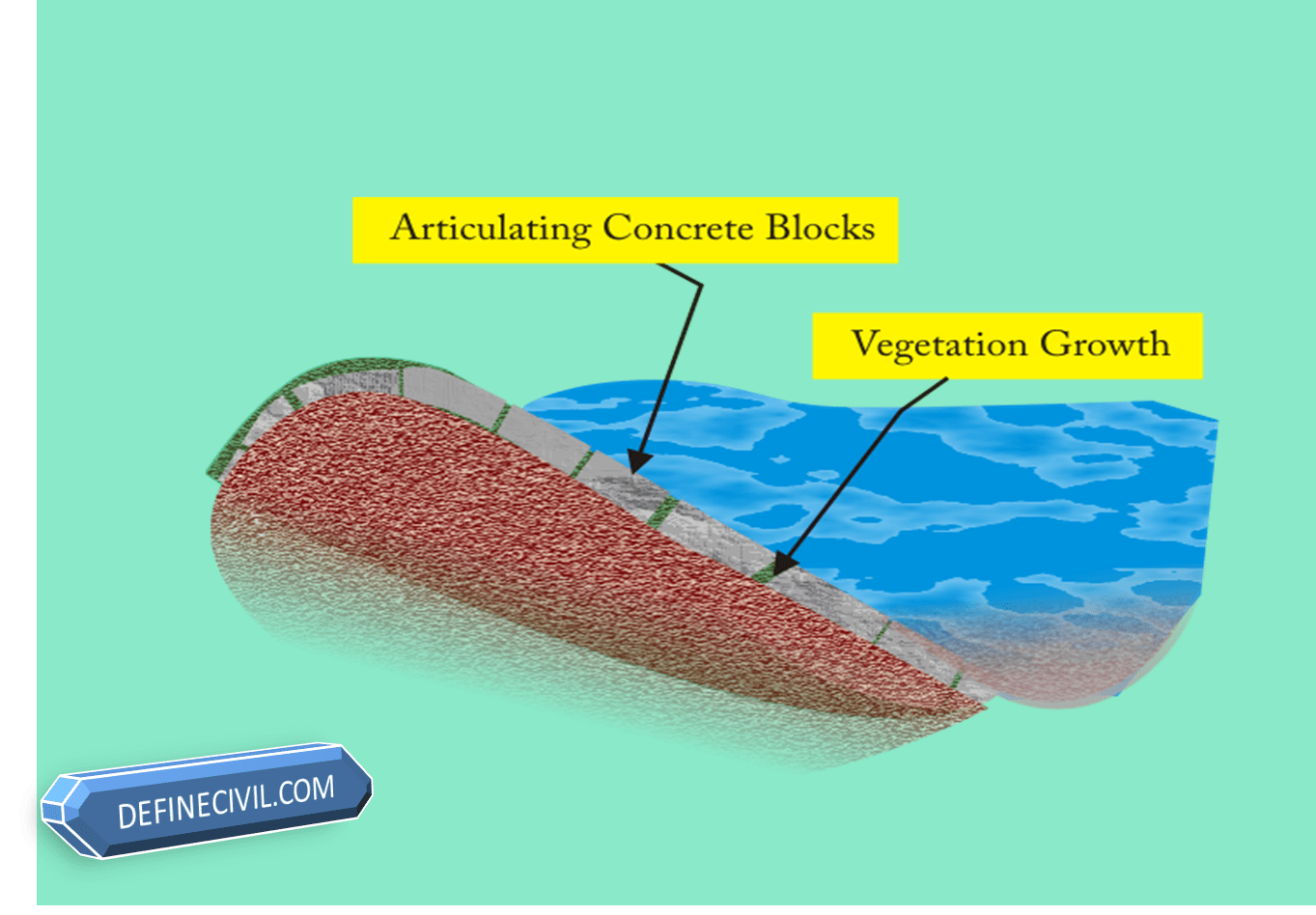 Anyhow, the flexibility and elasticity of the interengaging concrete blocks is more than that of the traditional interlocking concrete erosion control blocks.

Generally there are two methods that currently prevail for the installation of the interlocking articulating concrete blocks:-

After the placement of blocks, synthetic rob is made to run through the channels within each blocks and is threaded to form a flexible unit. In such type of blocks, two or more cable channels are formed through the blocks so that cables can be threaded easily.

In the second type of installation, the flexible unit or matrix or mattress of the erosion control blocks is interlocked or interengaged together at the plant. These mattresses are then lifted by these cables and loaded on the hauling trucks.

After reaching the site for installation, a large crane or spreader bar assembly is used to lift these units from the cables off the truck and placed on to the slope one by one. A number of such mattresses are installed together and in such a way full erosion control system is provided for the cable channel.

Also Read: How much does a cinder block weigh?

Comparing with that of the traditional grouted or non-grouted riprap the erosion control by concrete blocks has many advantages and applications that are as follows :-