Selecting the type of footing is an important aspect during new and renovation construction. With array of types it is best to know your options.

Difference between Foundation and Footing:

Functions of Foundation or Footing:

Main functions of foundation include:

These types of footings are described here:

It is a type of footing which is provided individually below columns. In this footing each column is provided with separately footings. This footing is laid on PCC and before PCC termite proofing spray is done to prevent footing from termite’s action.

This type of footing is provided when bearing capacity of soil is more than 24 kg/m^3.

Isolated footing may be of following types:

Common footing which is constructed for two or more column is known as combined footing. This type of footing is provided when available space is not enough to provide each column with separate footings, or two columns are so closed to each other that it is not possible to provide them separate footing. 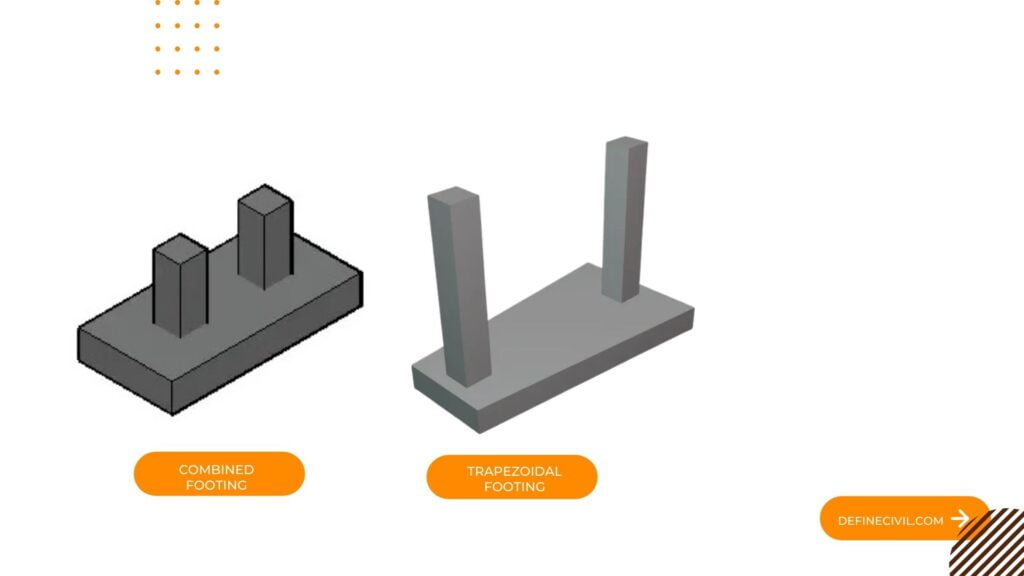 Foundation consisting of thick reinforced concrete slab covering the entire area of the bottom of structure is known as raft or mat foundation. It is provided:

It is a type of footing in which two or more footings are connected by beam. It is used where distance between columns is so great that combined trapezoidal footing become quite narrow with high bending moments.

Pile is a long vertical load transferring member composed of either steel, timber or concrete. In pile foundation number of piles are delivered into base of structure. It is provided:

It is a type of deep foundation in which hollow vertical shafts are sunk up to hard soil strata and then hollow portion is filled up with inert material like sand or lean concrete. Such type of footing is suitable for heavy structures such as flyovers in sandy soil or soft soil overlying hard bed at reasonable depth.

It is a foundation which consists of a box of timber, metal, reinforced concrete or masonry which is open both at the top or bottom and used for building and bridge foundation. It is mostly used for bridges.